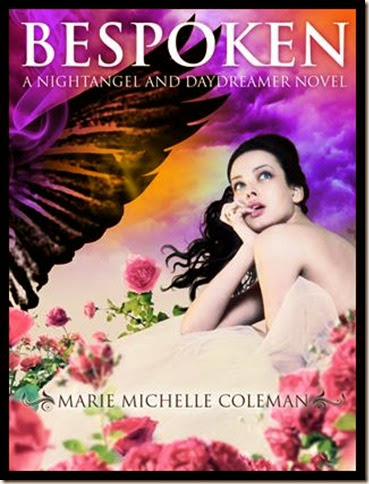 A Nightangel and Daydreamer Novel

Nobody ever told Casey how dangerous a little daydreaming could be.

Casey Sloane appreciates the power of a good daydream. It’s the perfect antidote to the pressures of her hectic life as an associate attorney at a high-powered Washington, D.C. law firm. When the nightangel Gabriel takes up residence in those dreams, Casey is more delighted than surprised. Gabriel is the perfect mixture of danger, otherworldly beauty, and out-and-out temptation required to throw her daydreams into a state of perpetual overdrive.

But when the nightangel sheds his wings and arrives in the real world for a real-time relationship with Casey, she gets a quick education on the unforeseen consequences of secret daydreams.

The Gabriel of a thousand shaded daydreams drew her back toward him in one firm, proprietary movement. Hard against soft. Dream against dreamer. He fit himself against her so her breath was his and the pounding of her heart must have echoed in both of their ears. His eyes drank her in as she stood wide-eyed in her wet, black dress, trying to relegate his appearance to nothing more than the hallucinatory aftereffects of too much rolling around on petal-strewn beds with make-believe nightangels when you had sworn off them. She felt like she’d gone on a bender after being in a sort of daydream rehab outpatient program that required total abstinence in order to stay free of nightangel-induced complications.

Where was Dr. Drew when you needed him?

The angel tore his gaze away from her image in the mirror and sought out the smooth cream of her shoulders and neck. He marked the place where they curved together with a single shattering kiss. The power of that kiss rendered her motionless within his hands. He’s not real anyway, she told herself. She was not going to squander what was a pretty fantastic not-real moment by over-examining it.

She dropped her head back against the nightangel’s shoulder instead; her face lifted up and away from him, her neck turned and bared. His cool breath fanned the anticipation that heated her skin. She closed her eyes. She waited. Casey knew the spot where his mouth would touch next. She knew it without looking. He pressed his lips against the sweet spot where her pulse beat so Casey almost cried out and then he rained a brutal storm of soft kisses down upon her. They poured along the places where the damp wisps of hair clung to the nape of her neck, across the heat of her flushed cheeks, against the corners of her open breathless lips—rushing, pausing, traveling forward again. He smoothed her brow with these kisses before releasing another hungry deluge of them along the other side of her neck.

She was soothed and panicked by the frosted, urgent pressure of those lips. She could either scream “stop” and see what happened next, or stay still and silent while he kept making her weak in the knees with this onslaught of kisses. She went with not moving or speaking. She had released herself to the moment. She had given herself over to something that could not be happening anyway.

Soft-eyed vampires, sharp-mouthed angels—these were the things of dreams, not reality.

“It’s only a dream.” She murmured the sentence out loud, some of her fear melting under the icy sweetness of his kisses on her skin and her own reassuring words.

Her imagining lifted his head. He smiled at her in the mirror with a certain new understanding. Casey produced a small, nervous smile in answer without meaning to smile at all. The exquisite illusion—even more dazzling than in any of her daydreams—buried his face in her sable hair. His mouth was parted and sighing as it brushed against the silk of it. She thought he might speak. She did not want him to speak. Because if he spoke, he would be real. And if he was real, she was so screwed.

“Casey,” the vision breathed her name.

She was so totally screwed.

I’m always on the lookout for angels (and other winged beings) in movies and on TV. They don’t have to be all sweetness and light to make my list but they do need to be entertaining. There are some great angels (and other beings with wings) that have made their way onto the big and small screen over the years but this list concentrates on movies and TV shows from 2000 forward. So grab the popcorn and get comfy on the couch. Here’s the list:

10) Satan, in the film Bedazzled (2000), played by Elizabeth Hurley, is beautifully wicked. This devil can twist a wish into a nightmare one minute and rock an angel costume complete with fluffy white wings and a fake halo the next. She’s bad – in a very good way. 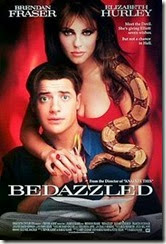 9) Marcus Corvinus in the film Underworld: Evolution (2006). Marcus, played by Tony Curran, is the first vampire, now a vampire/lycan hybrid. When you get bitten by a bat, I guess you get seriously ugly wings. Kate Beckinsale however, knows how to look kick-ass gorgeous as Death Dealer, Selene. 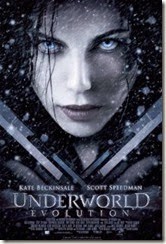 8) Fred, Luke, and Paul in the series Drop Dead Diva (2009 -). Jane/Deb has had three guardian angels so far in the Drop Dead Diva series. Who knows how many she’ll have accrued in the end. I’m kind of jealous.

7) The bad, bad vampire brides of Dracula in Van Helsing (2004). Sure, they’re no angels but do they have wings – icky, bat-like wings. These bad girls cause trouble all over town (aka The Village). Luckily for the villagers, Van Helsing just breezed into town to sort things out.

6) Gabriel Van Helsing in the movie Van Helsing (2004). Played by Hugh Jackman, Gabriel Van Helsing takes the leap from vampire hunter to monster hunter. Dracula – of course Dracula is in the film - points out some interesting angelic history regarding Gabriel – I don’t want to spoil it for you or I’d tell you more. Hint – Left Hand of God. 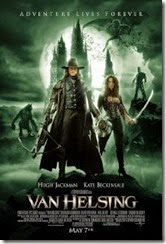 5) Gabriel in the movie Constantine (2005). I always think of the archangel Gabriel as one of the angel good guys but in Constantine, Tilda Swilton plays an androgynous Gabriel with a serious nasty streak. 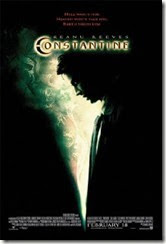 3) Aaron Corbett, in the TV miniseries Fallen (2006). Before he was entertaining us on Vampire Diaries, Paul Wesley was playing Aaron Corbett in Fallen. A Nephilim, he’s half-angel, half-human. I love a good hybrid paranormal character. 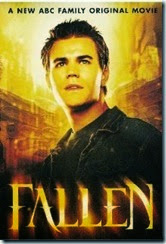 2) The angel Castiel in the series Supernatural (2005 - ). Supernatural doesn’t just have the gorgeous Winchester brothers, it has the angel Castiel, played by Misha Collins. You have to love an angel who wears a suit and tie as though he’s heading off to a particularly rough day at the office.

1) The archangel Michael in the new Syfy series Dominion (2014 -). This Michael, as played by Tom Wisdom, has a cool formality that I wasn’t wild about at first but he’s growing on me fast. Like any archangel, there’s way more to him than he’s letting on. I like that about angels. 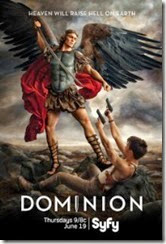 What would you put on your 21st century Top Ten List of Intriguing Angels (and Other Winged Beings) in Movies and Television? 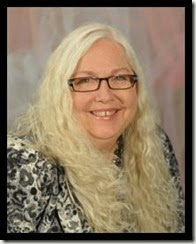 Marie Michelle Coleman is a paranormal romance and urban fantasy author whose book, Bespoken, is the first in the Nightangel and Daydreamer series. She's been in love with the written word since she was old enough to turn the pages of her first book. She's always had a fascination with vampires and angels. Sitting down at the keyboard and turning on the paranormal blender was a natural next step.

Marie lives in the Washington D.C. area. She believes in the power of a compelling dream, the therapeutic merits of loud music, and the benefits of always being in the middle of reading a great book. Marie has a soft spot for a good romance and likes to laugh. Jane Austen is her favorite author. She'll probably always be a little in love with Mr. Darcy.

She grows roses in her garden but no matter how hard she tries, they don't look anything like the ones in Casey Sloane's daydreams.

If you would like to use our blog/social sites for cover reveals, blasts, blog tours and any social call outs please visit this page:
http://darkestcravings.weebly.com/blog-and-other-socials-spots.html

Donate an E-book for giveaways, and receive a spot on the blog in return. More Info here